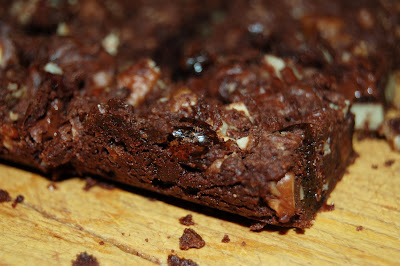 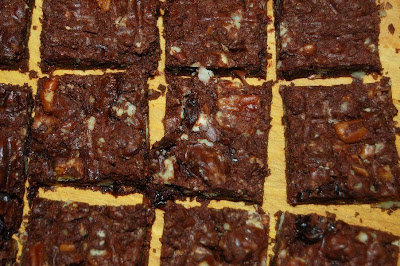 This weeks TWD was chosen by Claudia and what a choice it was. I glanced at the recipe and noticed that there was only 1/3 a cup of flour in the whole batch and there is an alarming amount of chocolate- bittersweet chocolate, cocoa powder, semisweet chocolate, white chocolate, and milk chocolate (did that remind anyone else of the quintuple chocolate brownies?). 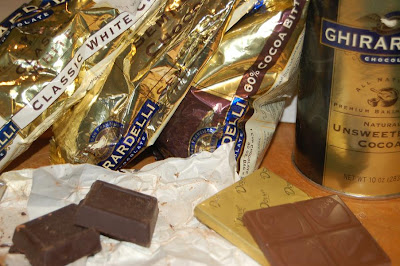 Toss in a generous portion of nuts (I chose pecans) and some raisins (cherries in my case) and you don't even need flour! Well there was a bit, but as I was making these I knew they would be delicious with so much chocolate. 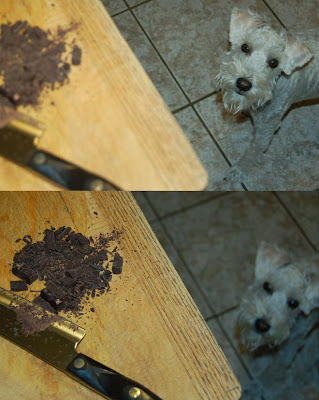 The dough came together quickly and I planned to bake them right away but had to leave a little early, so I stashed it in the fridge. I came home a couple hours later, got the bowl out, and came back to it a bit later to find a brick of chocolate. It was so hard that even after I let it sit in the Arizona sun all morning it was still hard as a rock. 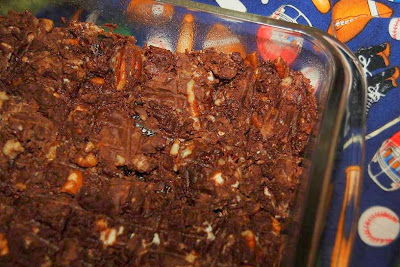 So, I set up a little double boiler and took out my ice pick and worked at it until I could get the bits crammed into a baking dish and kind of smoothed out. 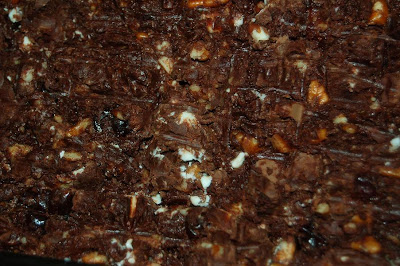 I'll admit at this point I had a stomach ache from testing the chunks I kept prying off. 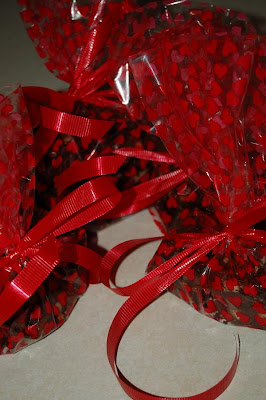 I baked it for about 30 minutes at 350, let it cool for 15, and inverted it onto a cooling rack. I chopped them into "brownies", ate one, and promptly packaged up the others to send off to work with my husband and to my skinny cousins's houses. 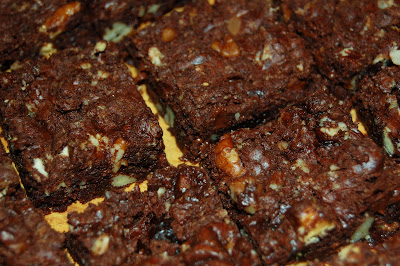 These cookies were good. Next time I feel like burning through a few pounds of chocolate I will make them again... and be sure to scoop them right away! You can find the recipe at Madam Chow's Kitchen.
Posted by Anne