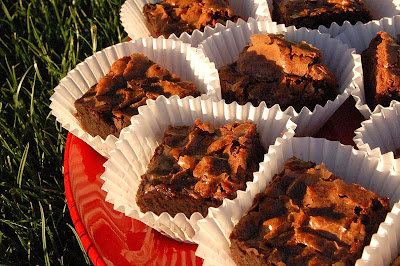 This weeks Tuesdays with Dorie was selected by Di and I was SO excited when I saw it. To be honest, I'd never made homemade brownies until last year so I was kind of on the fence about the kind I preferred. I don't like them TOO thick but not too thin either. I made the Quintuple Chocolate Brownies a few weeks ago and while I thought they were delicious (and they got rave reviews) they weren't my dream brownie exactly. So, I figured, another brownie recipe would be great to try and see if I liked it even more... 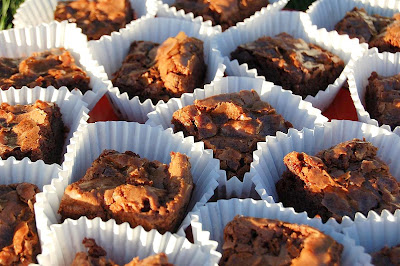 Wow, I did! These brownies were PERFECT. I'll admit, I omitted the raisins. My excuse to bake these early in the week was that my Mom was coming home from a long trip, so I thought I'd surprise her with a treat. She hates cooked raisins so I just added nuts since she loves those. I did keep the cinnamon in and while I could tell it was cinnamon, none of my testers could put a name to the extra depth of flavor and everyone liked it.

This recipe was fast and easy and I'll certainly make them again (instead of turning to a box). Some people had problems with the baking time or the crust on top but mine turned out great and, I decided, were just how I like a brownie. In the pictures they look pretty cracked but they came out just right and held together nicely. They didn't sink in the pan and they lifted right out on the foil- a new trick I'll be keeping! 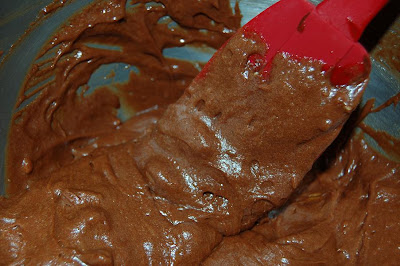 And in case you were wondering (since this is an important consideration in a brownie)... the batter was wicked delicious. Even with some generous snitches this recipe yielded 16 perfect-portioned brownies. Thanks again Dorie, you rock! 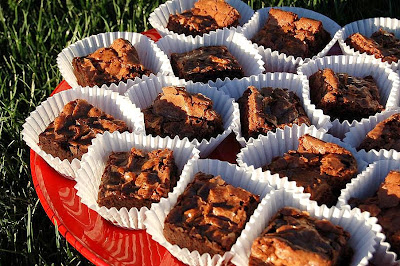 Getting ready: Center a rack in the oven and preheat the oven to 300°F. Line an 8-inch square baking pan with foil, butter the foil, place the pan on a baking sheet, and set aside.

Whisk together the flour, salt and cinnamon, if you're using it.

Put the raisins in a small saucepan with the water, bring to a boil over medium heat and cook until the water almost evaporates. Add the rum, let it warm for about 30 seconds, turn off the heat, stand back and ignite the rum. Allow the flames to die down, and set the raisins aside until needed.

Put the chocolate in a heatproof bowl and set the bowl over a saucepan of simmering water. Slowly and gently melt the chocolate, stirring occasionally. Remove the bowl from the saucepan and add the butter, stirring so that it melts. It's important that the chocolate and butter not get very hot. However, if the butter is not melting, you can put the bowl back over the still-hot water for a minute. If you've got a couple of little bits of unmelted butter, leave them—it's better to have a few bits than to overheat the whole. Set the chocolate aside for the moment.

Working with a stand mixer with the whisk attachment, or with a hand mixer in a large bowl, beat the eggs and sugar until they are thick and pale, about 2 minutes. Lower the mixer speed and pour in the chocolate-butter, mixing only until it is incorporated—you'll have a thick, creamy batter. Add the dry ingredients and mix at low speed for about 30 seconds—the dry ingredients won't be completely incorporated and that's fine. Finish folding in the dry ingredients by hand with a rubber spatula, then fold in the raisins along with any liquid remaining in the pan. 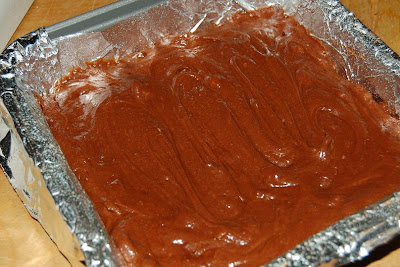 Scrape the batter into the pan and bake 50 to 60 minutes, or until the top is dry and crackled and a knife inserted into the center of the cake comes out clean (this took about 63 minutes for me). Transfer the pan to a rack and allow the brownies to cool to warm or room temperature. 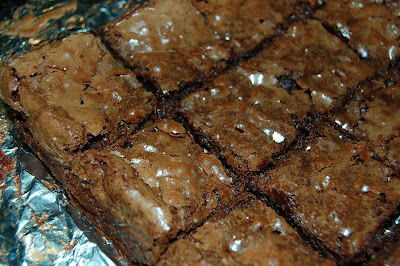 Carefully lift the brownies out of the pan, using the foil edges as handles, and transfer to a cutting board. With a long-bladed knife, cut the brownies into 16 squares, each roughly 2 inches on a side, taking care not to cut through the foil.

Serving: The brownies are good just warm or at room temperature; they're even fine cold. I like these with a little something on top or alongside—good go-alongs are whipped crème fraiche or whipped cream, ice cream or chocolate sauce or even all three!

Storing: Wrapped well, these can be kept at room temperature for up to 3 days or frozen for up to 2 months (but let's be honest... these aren't going to stick around long enough for that. Go bake them right now!).
Posted by Anne