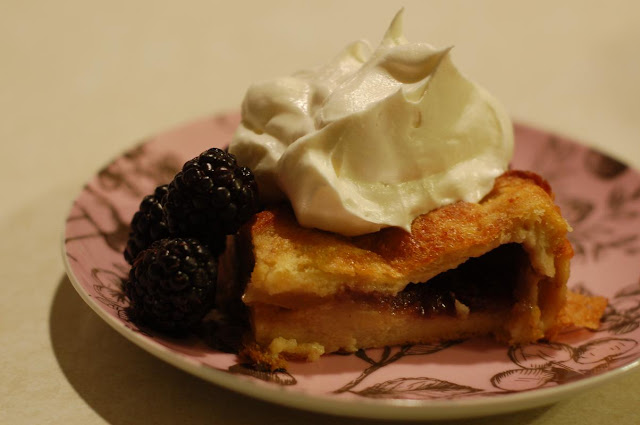 {printable recipe here}
I didn't use to like bread pudding. I have no idea where I came up with that but I held to that belief until a couple of years ago. Then I woke up and thought, really, I like every single thing in this dessert, how could I not like bread pudding? So I tried it and lo and behold, I love it! I was also quite wrong about guacamole but I hold true to my aversion to edible sunblock (you probably know it as coconut). Anyways, this was yummy. I've never made bread pudding with slices of bread but it was kind of fun. By far, my favorite part of the whole thing was the apples. I doubled them but then snitched so many while cooking I think it was a wash. Either way, in my adapted version below I included double the apples. I also used all whole milk instead of any cream since that's what was in my parents fridge when I was over and taking advantage of free babysitting while trying to get my baking in. You know how it goes. 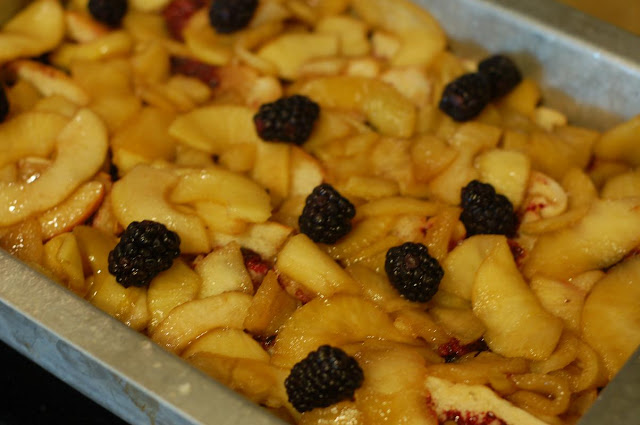 By the way, I'm not one for *too many* kitchen gadgets but if you're staring at this and thinking what a pain it would be to cut all those apples, you should get one of these awesome apple peelers already. It's quick and fun (my Little Man LOVES helping me do this) and makes apple sauce and piece a cinch. You can also find them at Marshall's or Ross for about 10 or 12 bucks. I use mine every day to cut my apple for my oatmeal (which means I use it more often than my toaster! What can I say, if you like apple anything you need this!)

Please give bread pudding a try if you haven't in a while. I was totally wrong and love it now (especially my white chocolate raspberry version). What can I say, those childhood aversions are mighty strong! I'm not the only one with irrational food beliefs, right? Right?

See more yummy bread puddings from the rest of the Tuesdays with Dorie bunch here and big thanks to Cake Or Death for a great pick. 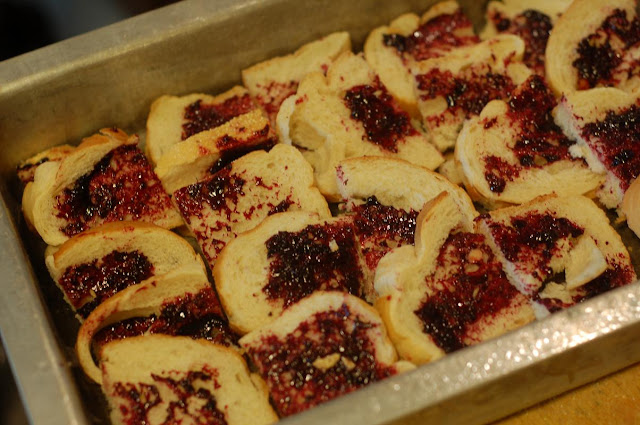 6 apples, peeled, cored, and sliced (as you would prepare for apple pie- I use my handy apple tool)
5 tablespoons butter
5 tablespoons sugar

1 loaf of French bread, sliced 1/2 inch think (about 12-16 ounces)
1/2 cup blackberry jam
4 cups milk (I used whole since that's what I had on hand and I'm sure 2% would work but I wouldn't use skim for you crazies that buy it!)
6 large eggs
3 egg yolks
3/4 cup sugar
1 teaspoon vanilla
1 pint blackberries (frozen would be fine, too- just put in straight from freezer, do not thaw)

In a large skillet over medium high heat, melt the butter. Sprinkle the sugar over the top and cook for a minute or two, until it's caramelized but not burned. Toss in the apples and cook, stirring occasionally, until the apples are tender but not too soft. Set aside.

Meanwhile, if your bread isn't stale, arrange the slices on a baking sheet and toast in a 350 degree oven for 10 minutes or so. After the have cooled a little, spread each piece with jam. Cut each piece in half or into quarters and cover the bottom of a large baking dish (I used my 9 x 13 but you can be flexible here).

Pour over the apples and spread neatly over the bread. Sprinkle with blackberries and top with the rest of the bread. Set aside.

Bring the milk to a boil. Whisk together the eggs and 3/4 cup sugar. After well combined, slowly pour in a little milk while whisking to tempter the eggs. Slowly pour the rest of the milk in and then whisk in the vanilla. Spoon off any foam from the custard then pour it all over the bread, pressing the bread gently to help it soak in all the deliciousness. Let the custard sit on the counter for about 30 minutes.

Preheat the oven to 325. Bake for about 1 hour, until a knife comes out mostly clean. Let cool for a few minutes and serve with ice cream or whipped cream (add caramel sauce if you're feeling fancy!)
Posted by Anne